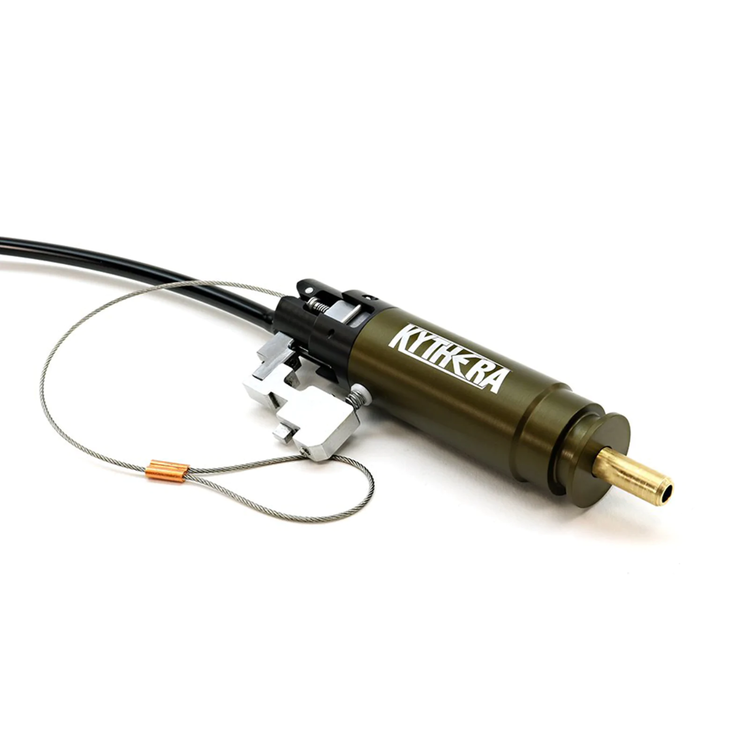 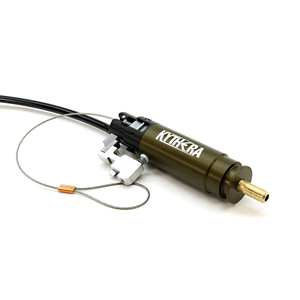 The Polarstar Kythera Mechanical Engine V2 for M4 is a radical departure from all previous systems PolarStar has produced, as the Kythera does not use a battery, an FCU or any form of electronics.

The Kythera is completely mechanical. This means you never have to worry about charging batteries or working with delicate electronics. It also means that the system is completely waterproof.

The name "Kythera" (ky-the-ra) is derived from the Antikythera mechanism, a mysterious device discovered by sponge divers off the coast of the Greek island of Antikyther. The mechanism was so advanced in design that scientists have been studying it for decades to discover its purpose. Dating from around the end of the 2nd century BC, it is the most advanced mechanism known from the ancient world. Nothing so complex is known for the next thousand years. It is now understood that the Antikythera Mechanism is dedicated to astronomical phenomena and works as a complex mechanical "computer" that keeps track of the cycles of the solar system.

This is why we used the name Kythera for the valve mechanism at the heart of a new line of PolarStar mechanical HPA systems. Although it has very few parts and is easy to install and maintain, the system has a very intelligent design and resembles nothing else on the market. Designed from the ground up as a mechanical system, the system uses a realistic trigger mechanism that can be applied to single-shot, semi-automatic and fully automatic systems.

What sets this system apart from other mechanical systems is the design of the trigger. The trigger mechanism is designed to mimic the function, weight and feel of a real single-action firearms trigger. It feels real because it is real. The hardened alloy steel guides catch and release the stainless steel spool valve in the same way the guides of a real firearm catch and release the hammer or firing pin. This gives the Kythera trigger the distinct snap and reset you expect to feel when firing a real single action firearm. The trigger mechanism in the Kythera SA is also adjustable, allowing the user to fine-tune the weight and travel. Moreover, the internal firing valve is balanced and the only force applied during firing is the main spring. This means that the trigger action and feel are independent of the input pressure and velocity.

The Kythera SA's design completes a shot cycle on the trigger. This gives you the proven closed-lock performance of the Fusion Engine and F2 in a fully mechanical, waterproof system with a realistic trigger. There is no need to release the trigger before the nozzle shoots the next round and refills the shooting volume. This happens automatically and consistently with every shot, with an adjustable standstill and return speed of the nozzle.

Because the system resets and recharges itself immediately after firing, it is ready to fire again before the trigger is released. This means the system can operate very quickly for faster follow-up shots and less risk of double-feed.

The Kythera's valve design works without the need for air to control the opening or closing of the valve. Without a pilot valve, 100% of the air going into the system is blown through the nozzle, making the system extremely efficient. Apart from being extremely efficient, the system is also extremely consistent. The valve is opened at the same point with the same force on every shot, regardless of the trigger input.

The steel cord visible at the back of the system is attached to a control mechanism for the internal flush valve.  Although the system opens the spool valve automatically when the system is pressurised, since the Kythera uses a balanced valve, in certain situations the valve may block and need to be opened manually. This usually only happens when the system runs out of air completely, so the pressure drops below the system's operating range. The cord is designed to be routed through the rifle handle for easy access or even somehow attached to the charging handle.

The Kythera SA system is mounted as one unit in a standard gearbox and usually does not require any gearbox modification. No individual parts need to be installed and the only parts to be removed from the gearbox are the trigger, spring guide, selector and safety components.

The Kythera has a wide operating pressure range from 60 to 180 psi, allowing you to adjust the speed of the system to suit different requirements and applications. Within this pressure range, we saw a muzzle velocity of 270 - 500 fps with .20g when using a 6.05x380mm barrel. This allows a single Kythera to be used in any role, from CQB to sniper, by mainly just adjusting the input pressure of your air system. 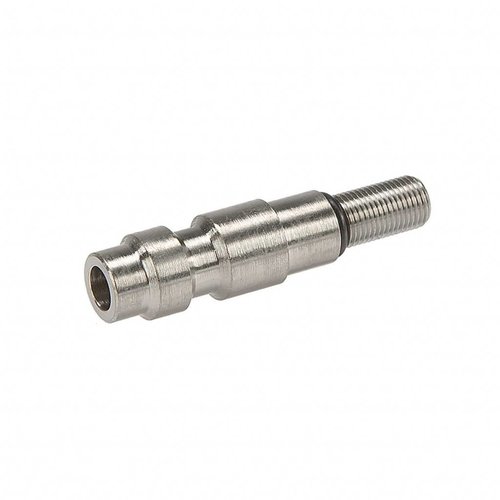 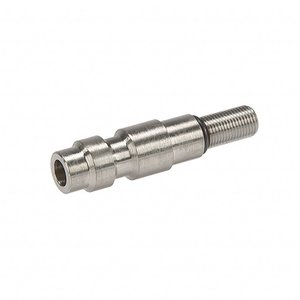 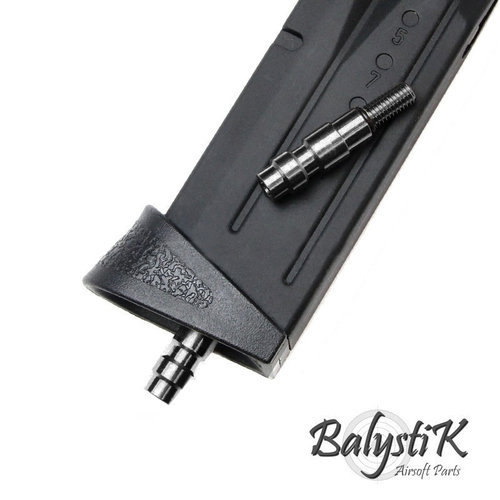 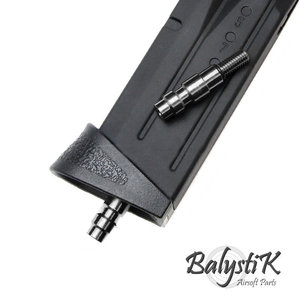 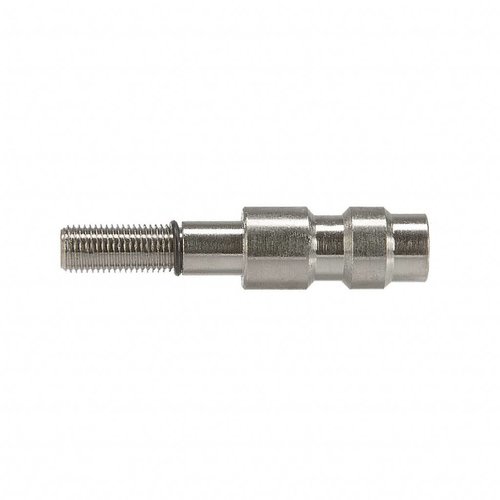 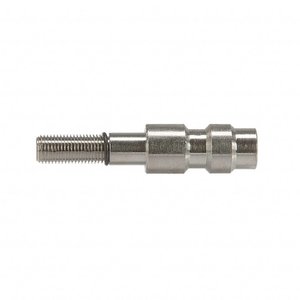 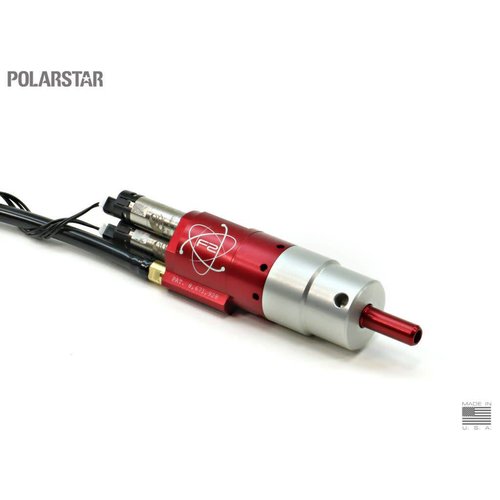 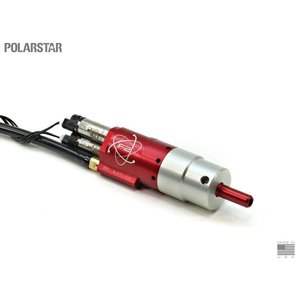 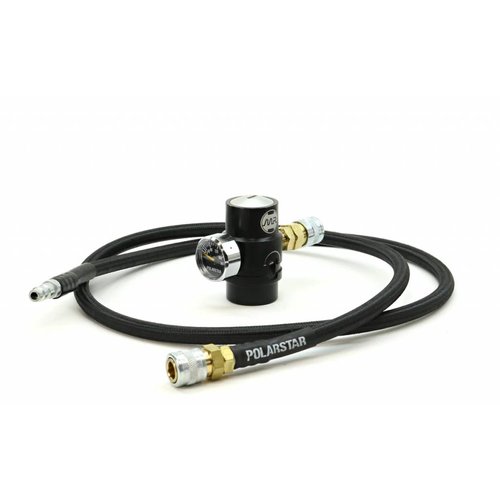 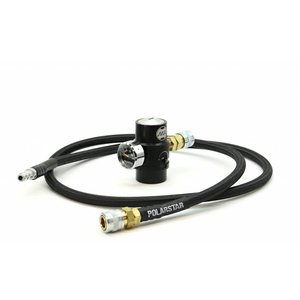 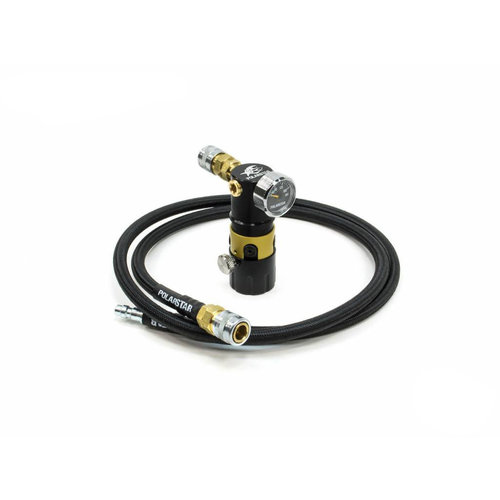 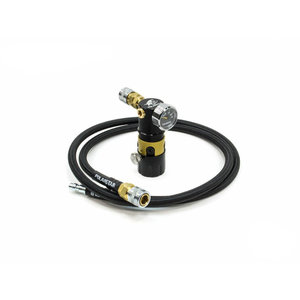 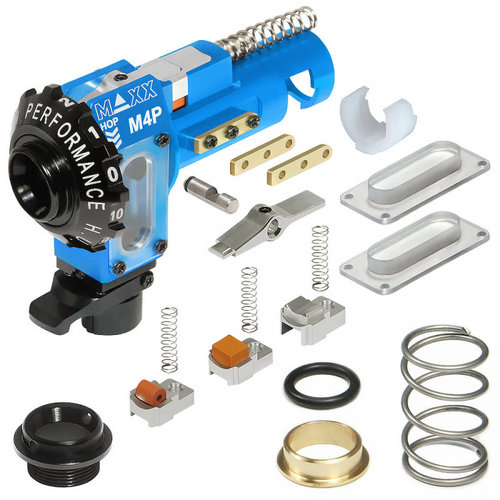 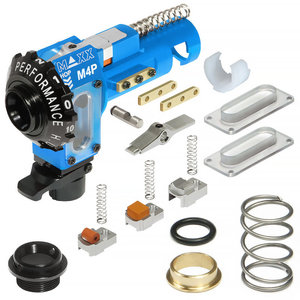 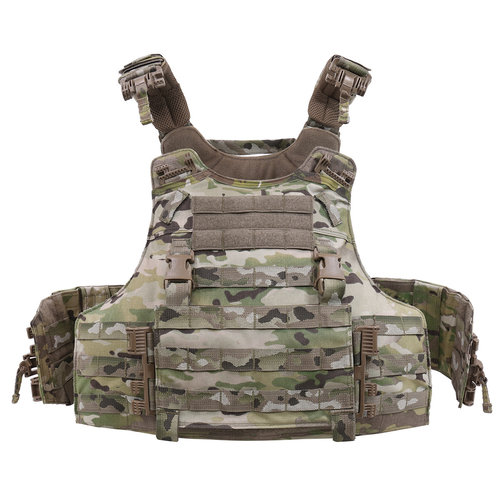 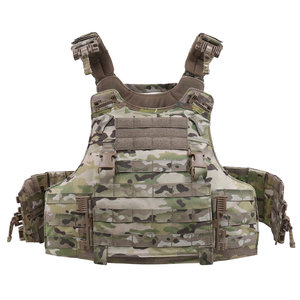